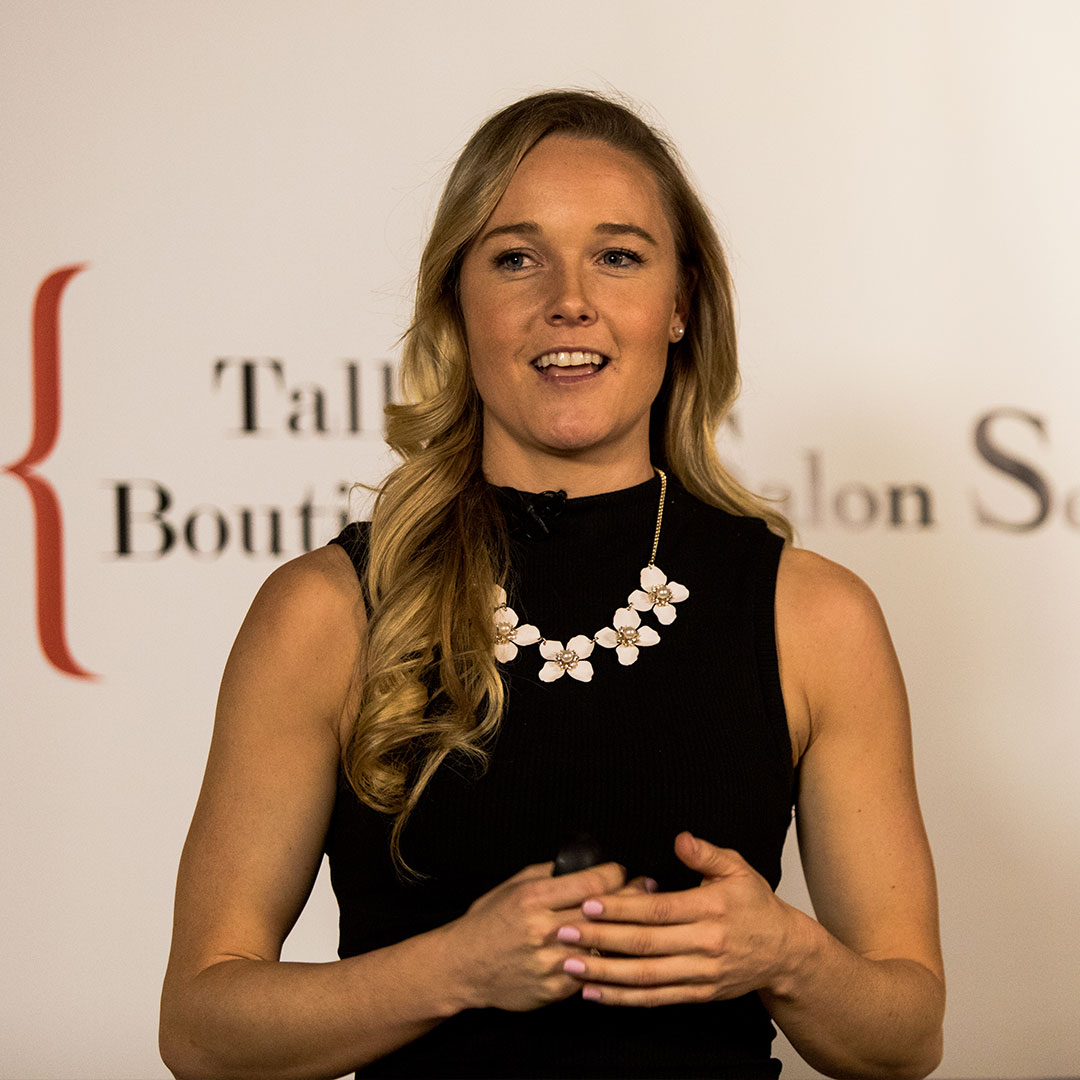 Sarah Wells is a Canadian Olympian specializing in the 400m hurdles. Her talks encourage others to overcome obstacles, reach their dreams and never give up. She is also active in promoting youth participation in sports.

Sarah fell in love with the sport of track at 15 years old and joined the Toronto Track Club in 2005. With only eight months of training under her belt, Sarah qualified for her first national team and travelled to Morocco to represent Canada. Since then, Sarah has been a four-time National Champion and a seven-time National Team member.

In 2011 with the Olympics fast approaching, Sarah was diagnosed with a stress fracture in her left femur which tragically sidelined her for nine months. Through hard work, perseverance and an unwavering belief in herself, Sarah ran Olympic standard, won the Canadian championships, and was named to the 2012 Canadian Olympic team and finished as an Olympic Semi-Finalist.

Following the Olympics, Sarah continued to progress and came home a double-medalist from the 2015 Pan American Games held in Toronto. Sarah overcame many obstacles in her athletic career and despite her setbacks, she has set her sights on becoming a two-time Olympian at the 2020 Olympics in Tokyo.

Believing in your dreams is one of the most important steps you’ll take in goal setting. While many of us can come up with things we want to accomplish, it is the emotional connection we make with the dream by believing in its possibility that leads us to action and accomplishments. For Olympian Sarah Wells, this belief was mandatory to fuel her Olympic dream after a devastating stress fracture in her leg threatened her chance of making the team. Sarah’s story is one of guts, courage and perseverance. Audiences will leave inspired to dream big, overcome obstacles and – of course – believe!