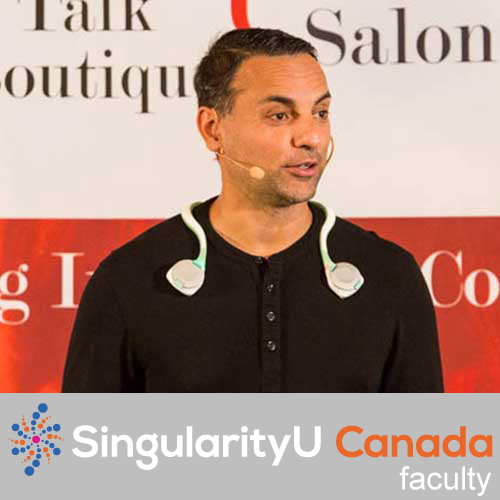 Dr. Sonny Kohli is a practicing Physician in Internal Medicine and Critical Care and is faculty at McMaster University in Canada. In 2008/09, Sonny was a top 40 Astronaut Candidate in the Canadian Space Agency (CSA) recruitment campaign. He is also an alumnus of the International Space University, a trained flight surgeon with the Canadian Forces, and was awarded a CSA scholarship to Johnson Space Center & Wyle Labs. While studying at ISU, he helped deploy the Image Reversal In Space (IRIS) experiment on the International Space Station.

In 2010, while volunteering in post-earthquake Haiti, Sonny experienced first-hand the perils of inadequate health care faced by Earth’s most marginalized peoples. Intrigued by space-age and digital solutions to the world’s health problems, Sonny co-founded Cloud DX to create a fully autonomous ‘digital doctor’ called Vitaliti. Sonny and Cloud DX were bestowed as XPRIZE’s first ever ‘Bold Epic Innovator’ as part of the Qualcomm Tricorder XPRIZE competition.

He gave a talk at TEDxToronto titled The Future of Healthcare at Home in 2016.