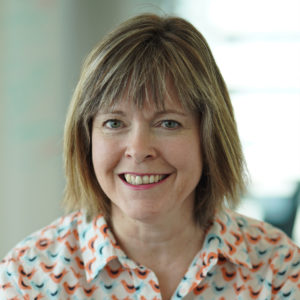 Morag Johnston has been a leader and consultant in the Toronto digital experience design community for over 20 years, delving into complex business systems, and gaining traction for Design Thinking within large organizations. She found that the key to success was to communicate these new ideas in the language of her colleagues and audience.

In 2014 she added Co-active Professional Coaching to her skill set. In 2015, she joined TEDx Toronto as a Speaker Coach on an invitation from Andrea Sampson, and continued on the coaching team in 2016 under Nick Kindler. Morag is thrilled to be working with both of them again at Talk Boutique.