As presenters, we are often delivering content we know and feel comfortable with. However, sometimes we must present subject matter we are less familiar with and still deliver it with the same energy, enthusiasm, and authenticity.

I was once working with a client who was having a tough time delivering the right dramatic emphasis on a key section of his speech. He had just listed off some very powerful statistics about his industry and he came to a point where he needed to challenge the audience by asking, “Why?” He was struggling to transition to the question in a way that sounded and looked authentic. So I asked him if he’d ever seen the Jimmy Stewart film It’s A Wonderful Life.

The Art of Travelling

Travelling is a term that many acting coaches use to describe how an actor shows what he/she is thinking – even when they have no dialogue. This technique enables the viewer to see their thoughts travel from their head through the actor’s facial expression and into their body. One of my favourite examples of travelling is by Jimmy Stewart in this holiday classic.

Take a look at Mr. Stewart’s face in the train scene below. In this scene, his character, George Bailey, has just discovered that his younger brother, Harry, is now engaged to be married and has been offered a job. His younger brother was supposed to return home and relieve George by taking over the family business enabling him to finally go to school and follow his dreams. This news literally stops George in his tracks. And as the family moves forward he stays put and thinks. The images below show Jimmy’s “travelling” as he moves slowly down the platform. The bomb has just been dropped and his facial expression is, naturally, shocked. 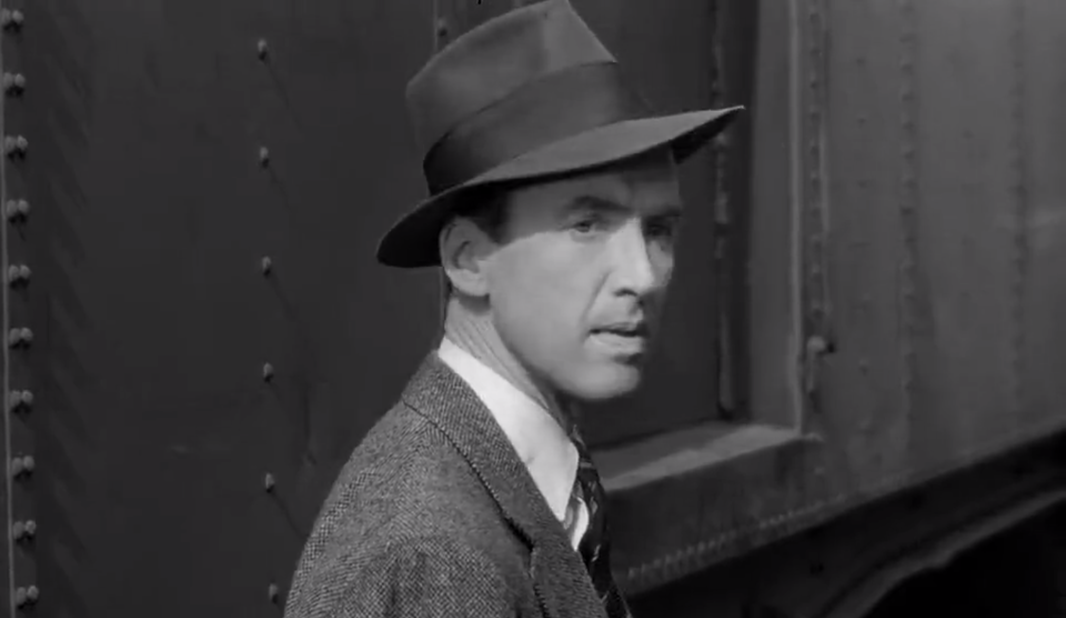 As he turns, look at his facial expression. It has gone from bewildered to slightly angry. 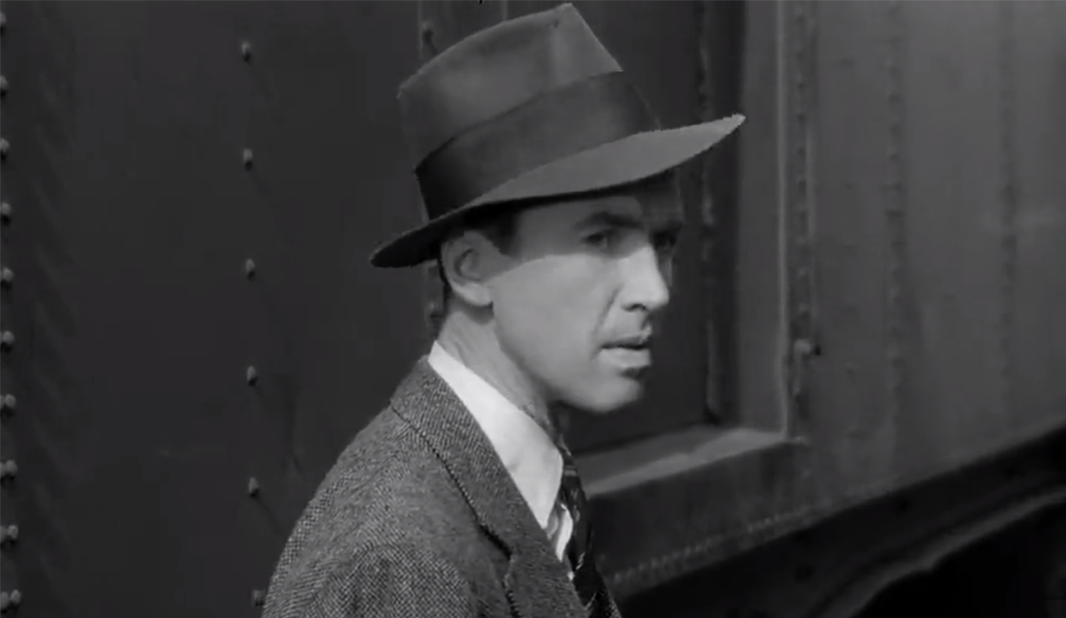 And it doesn’t stop there. The camera follows him as he slowly meanders down the platform, lost in thought. His facial expression mirroring the debate he’s having inside his head. He appears torn. 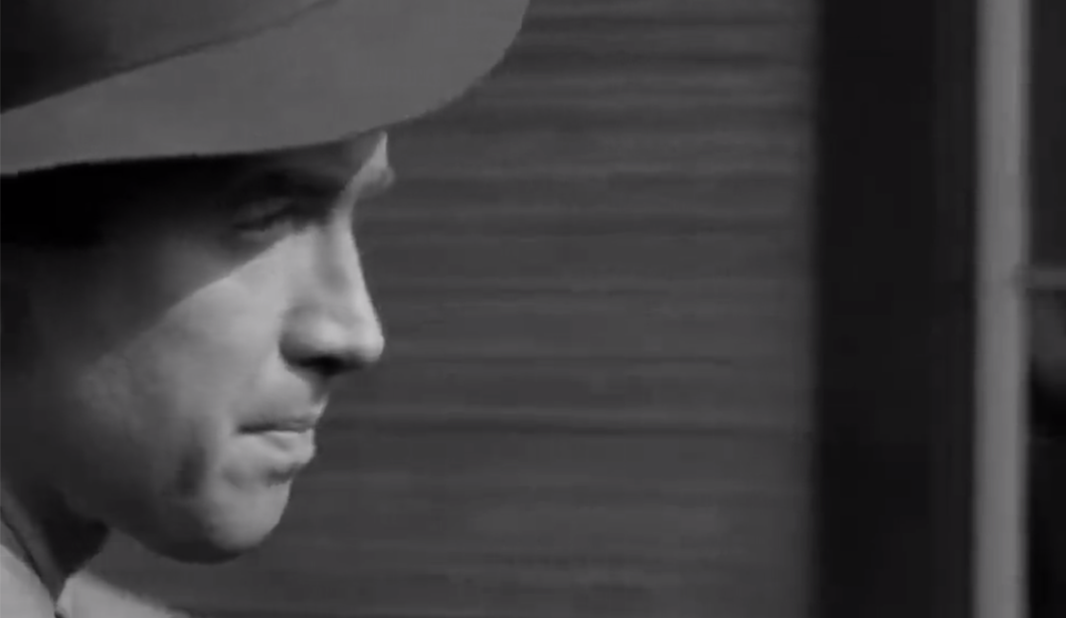 Eventually, George meets up with his brother and fiancé and as he spins around to join them, he puts on a jovial mask of excitement and enthusiasm. The journey is over. 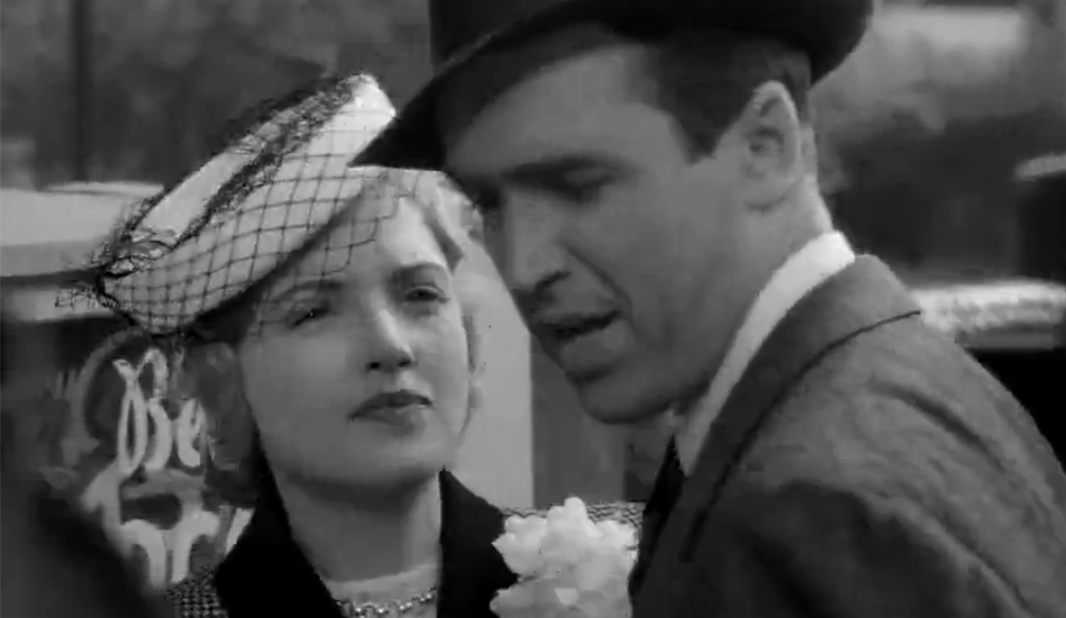 So, we’re not all Hollywood actors and many of us will never have half the charm or charisma that Jimmy Stewart had, but that doesn’t mean we can’t practice the art of travelling. When presenting, try and internalize the content you are saying. Allow the information to reach you before you share it with the audience. What does it really mean to you? Imagine you are hearing this information for the first time. And then share it, but do so in a meaningful way. Imagine you are telling a colleague, confidante or family member, and not a large faceless crowd.

Of course, you still need to incorporate the appropriate facial expressions and body language, which should come more naturally now that you’ve internalized the content. But it does take practice. But when you do, you will find that your audience will be leaning in, eagerly waiting to hear what you’ve got to say.

If you are interested in improving your presenting skills, consider registering for one of our upcoming workshops. For more information contact us at info@talkboutique.com.

A former Strategist and Consultant, Andrea spent over 25 years working in marketing and advertising, presenting and developing strategies for Fortune100 companies. With a natural talent for developing compelling stories and persuasive content, Andrea is sought after in assisting team and executives develop their presentations or pitches. Four years ago Andrea’s passion for ideas led her to TEDxToronto where she volunteered initially as a Speaker Coach, then the Director of Programming in 2015 and the Conference Co-Chair in 2016. This voluntary role was instrumental in the creation of Talk Boutique, a speaker management, development and representation company. Andrea was the Co-Director of the 2017 Singularity University Canada Summit.

This site uses Akismet to reduce spam. Learn how your comment data is processed.